Like every year, the 2017 Montreal Grand Prix weekend, June 8, 9 and 10, 2017 will mark the beginning of Montreal summer parties. This year, however, is a special year for the Crescent Street Grand Prix Festival. For the first time the festival will also be closing de Maisonneuve street between Bishop street and de la Montagne street making it the world’s largest F1 party1. 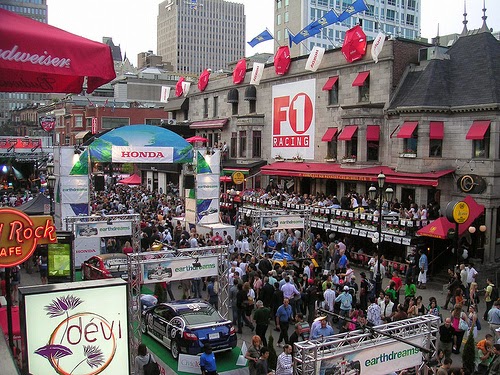 Thanks to its street festivals and its urban animation for the Canadian Grand Prix, Montreal is renowned worldwide by F1 fans as the best racing city.

Crescent Street, for decades has been the destination for race fans during the Grand Prix weekend. This downtown street is the epicenter for nightlife in Montreal and home of the Crescent Street Grand Prix Festival.

Ever since 1999, the Festival has transformed the street into a free venue for race aficionados, tourists and Montrealers to celebrate the biggest race in Canada. Every night, there are live performances on the main stage by top Canadian bands. The stage also draws crowds with driver appearances, autograph sessions and DJs mixing the hottest music all day long. The stage acts are just the beginning of the entertainment, as the Festival brings numerous activities such as racing simulators, racecar displays, the pit stop challenge, etc. 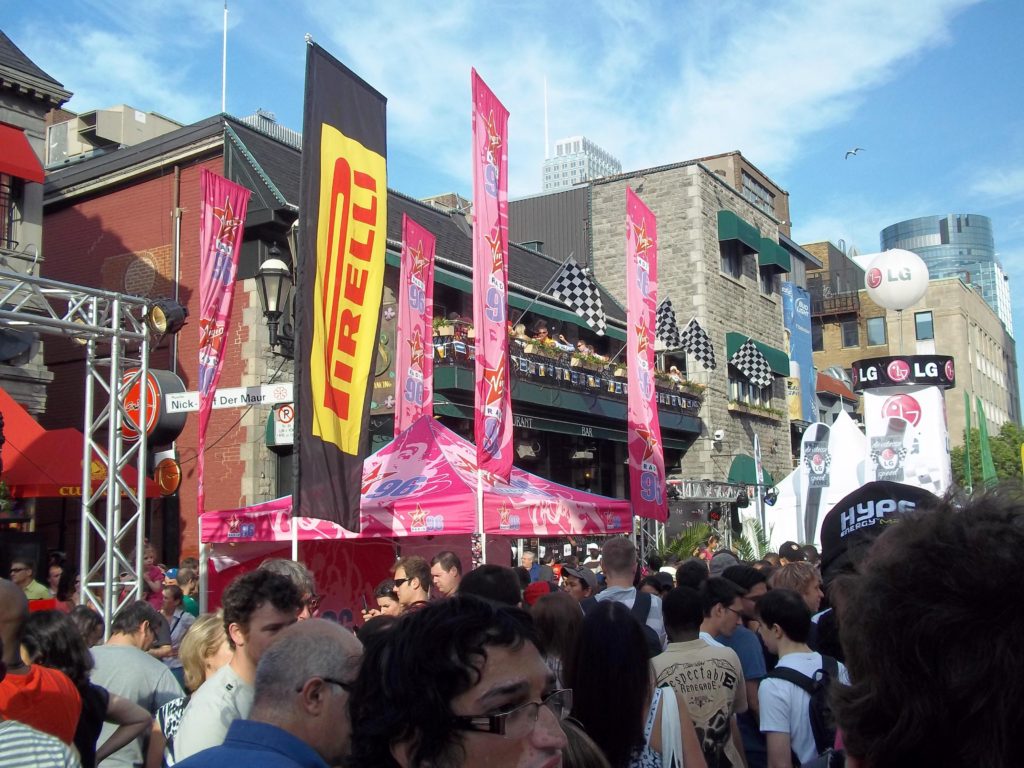 Join the largest F1 party in the world and experience the incredible atmosphere during three highly animated days. Furthermore, you will have the opportunity to see real racing cars up close and visit a variety of booths that will make you discover the fascinating world of F1.

Do not miss the Crescent Street Grand Prix Festival as we launch summer in Montreal, June 8, 9 and 10, 2017.