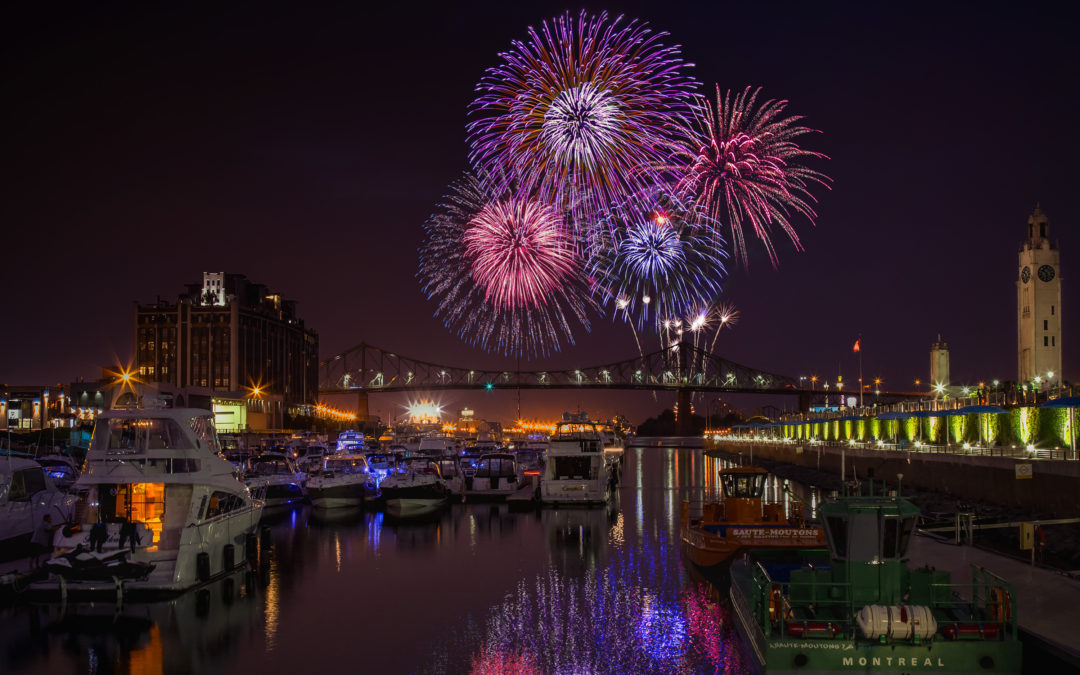 The 2017 season of the IFLQ kicks off with a celebration of Montreal in song, featuring a live performance by acclaimed singer-songwriter Ian Kelly and an original soundtrack created in part by Montrealers themselves.

This year’s invited countries were also chosen by the Montreal public, a first in IFLQ’s history. Six world-renowned firms representing Italy, Poland, Germany, France, Portugal and England will compete to delight our guests with timeless routines that truly befit the occasion.

Discover the sights and sounds of Sicily, follow early Portuguese explorers as they travel the world, or be carried away by a true pop and rock extravaganza, a pyrotechnical rhapsody, an opus to the evolution of music or a medley of musical theater classics. This memorable season will conclude with an evening featuring Montreal’s own Serge Fiori and the iconic melodies of Harmonium.

« This year’s program will be as vibrant and captivating as the city of Montreal itself, making this long-standing competition one of this summer’s must-see events. », said Alexandre Despatie, Olympic medalist, world champion in diving, television host, and spokesperson for this year’s IFLQ.

Every year the fireworks competition attracts close to three million people, making it one of Quebec’s most attended events. L’International des Feux Loto-Québec proudly acknowledges the support of prestigious partners such as Loto-Québec and Tourisme Québec, two important Quebec institutions that recognize the event’s economic impact and worldwide following.

About the event
The event, which was originally known as Concours international d’art pyrotechnique de Montréal (Montreal International Fireworks Competition) was launched in 1985. Today it is the most prestigious event of its kind in the world and it has been a member of the Major International Events Network (MIEN) since 2000.